Northwestern Industries was incorporated in 1974

When production began in February of 1975, our original production line consisted of an automated seamer connected in line to a 48” high-speed continuance tempering furnace. It was the first furnace of it’s generation. It was specifically designed for 3mm patio door production but capable of tempering glass up to 12mm.

For our first several months of production NWI concentrated on perfecting the glass tempering process. Our main focus was on supplying patio doors to residential window manufacturers. As our business and reputation grew, we added custom tempering and became a leading provider for regional distributors and glass shops.

By 1982 we found that our custom tempering business had grown significantly. Because of this a second Seattle plant was added. This new plant included the added capabilities of an automated cutting table and an 84” oscillating tempering furnace.

From that point on NWI continued to expand. Our Seattle plant now includes laminating, insulating, spandrel, silkscreen, and a full compliment of specialty shape and edge fabrication equipment.

In response to growing national demand, NWI opened a second production facility in Yuma, Arizona in 2004. The opening of the Yuma plant created 100 new jobs and brought NWI’s total workforce up to nearly 300 team members. Feel free to visit the Facilities section of this site for more details on each plant’s size and capabilities.

These two plants are currently able to supply the needs of our defined service areas, but we remain open to further expansion as necessitated by market demand for our services. 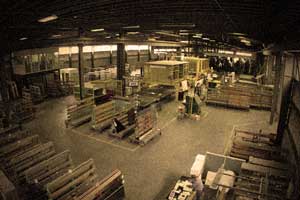 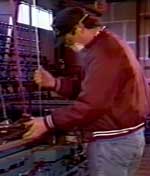